Nokia 8 will be the next flagship Android device from HMD Global, the new owners of Nokia. The company already has launched three devices in the country last month – Nokia 3, Nokia 5 and Nokia 6. Reports and leaks earlier suggested that HMD Global is working on a high-end device for a 2017 Q2 launch.

According to a German Website – WinFuture report, Nokia’s next flagship device on board, is the Nokia 8. As per the leak, the device is being expected to go on sale from 31 July. Though the previous reports had Nokia 9 on paper, and it was expected to get launched at the end of the second quarter of 2017. But it is the Nokia 8, which would arrive early. 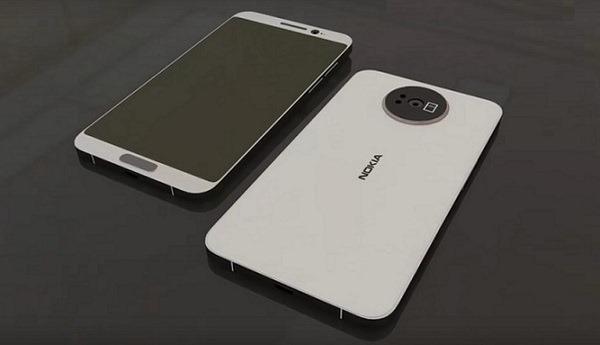 The leaked features and rumoured specifications of Nokia 8 hints at Qualcomm’s latest processor – Snapdragon 835, a Quad HD Display and a number of other interesting features.

2. Processor – The latest flagship from Nokia will get powered by Qualcomm’s latest processor – Snapdragon 835.

3. RAM – Reports suggest, Nokia 8 will launch with 4GB RAM on board initially. But rumours also suggest 6GB RAM and 8GB RAM variants on the waiting line. But it might take some more time before it sees the light of the day.

4. Storage – The initial 4GB RAM variant will have 64GB of onboard storage, and the future 6GB and 8GB variants might get an upgrade with 128GB and 256GB storage options. You can expand the storage via an external memory card.

5. Camera – Nokia 8 is expected to feature a dual camera setup on the back with two 13 megapixel sensors with a dual LED flash, one to capture the telephotos (portraits) and another one for wide angle shots, on a thin vertical camera strip. On the front, it will a 13 megapixel shooter.

7. Battery – With the latest Snapdragon 835 SoC on top, Nokia 8 is being expected to pack in a 3999 mAh battery inside, and will support Quick Charging.

8. Colour Variants – Nokia 8 will launch with four colour options – Blue, Steel, Gold/Blue, and Gold/Copper (These colours would get some fancy names on the launch day).

9. Water Resistance, Iris Scanner and Fingerprint Scanner – The device is being rumoured to sport an iris scanner, have IP68 water resistance, support two sims, have a USB Type-C port with a fingerprint scanner on the front.

10. Price – Nokia 8 will get priced at EUR 589 (which is roughly Rs. 43,500). Though it’s cheaper than Apple and Samsung flagships, will get into the premium price bracket.