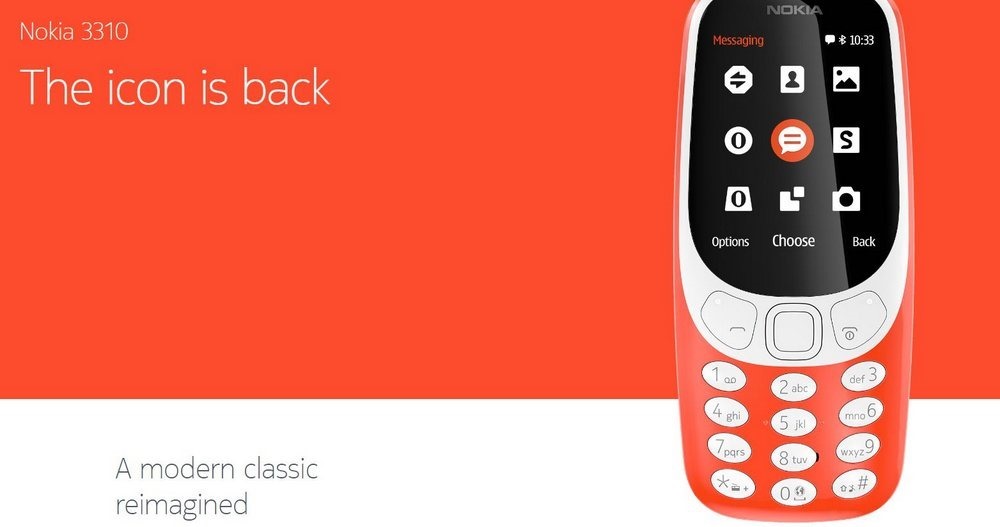 HMD Global-owned Nokia has launched three new smartphones, and one feature phone at the Mobile World Congress 2017 at Barcelona, Spain. An annual event for companies to show-off their latest products, Nokia unveiled the classic Nokia 3310 with a similar design and specifications.

The company showed the Nokia 6, a smartphone that has been launched for the Chinese market already. However, two new smartphones – Nokia 3 and Nokia 5 were released at the event, with fully polycarbonate and metal body respectively. Take a look at the specifications below – Nokia 3 is the cheaper version, as can be seen from the specifications, and also looks a lot like the Chinese smartphones these days, There are three typical touch-sensitive home, back and options keys on the front, with a 5-inch display. It has a rectangular design with slightly rounded edges.

Nokia 5 looks more classy in the metal body and definitely has more rounded edges, very reminiscent of the Nokia Lumia phones. The phone also has a fingerprint sensor on the front, with two touch-sensitive keys. The smartphone looks a little premium as well, worth its price.

Nokia 3310 has been revived and redesigned

The phone retains the basic design but looks more elegant and 2017. The custom designed user interface brings a fresh look to a classic, whilst the 2.4-inch polarised and curved screen window makes for better readability in sunlight.

The phone also has a 1,200mAh battery, with a 22-hour talk time and 31 day standby time. It comes loaded with Nokia Series 30+ operating system. It comes with 16MB internal memory expandable up to 32GB using a microSD card. It also comes with the 2MP camera with a LED flash.

The phone comes in Warm Red (Glossy), Dark Blue (Matte), Yellow (Glossy), Grey (Matte) colours. It also comes with microUSB, Bluetooth 3.0 and 2G. Nokia has pre-installed the legendary Snake game. It’s back with a little update that makes it even more fun to play on the colour screen. The Snake game is also available on Facebook Messenger.

The shape of the buttons is similar, except there is a four-directional keypad in the middle. Nokia is relying on the on the ‘iconic’ stature of the phone and hopes it will sell very well in all the markets.

What’s the pricing and availability for India?

The company has also announced the Nokia 6 Arc Black variant which will sport high-class piano black colour at EUR 299 (Rs. 22,000). All these phones will be available in India in the second quarter of this year. Nokia 3310 feature phone will be available at EUR 49 (Rs. 3,500) and will be available starting Q2 2017.

These smartphones from Nokia will be competing with the Chinese players like Xiaomi, Gionee, LeEco and Lenovo. These specifications seem decent on paper, but we need to test out how they perform with Nokia’s flavour of Android, which seems to be loaded with some new features.

[Updated] Mobile World Congress Could Come to India in September 2017!