In its first Mobile First Insights (MFI) report for India, Opera Mediaworks reports that Music, Video & Media apps drive the maximum ad impressions in India. We keep on hearing about the engagement pattern of social media, IMs, and m-commerce apps, but they still don’t account for the majority of ad impressions in the country.

The Music, Video & Media apps were followed by Games, Technology & Computing, Sports, Arts & Entertainment, and others. Digital marketers must design ads targeted to these categories for getting the maximum RoI. Ad campaigns targeting these top categories are seeing higher level of engagement, and higher conversions in many cases, mentions Opera Mediaworks in its report.

The report also mentions that while the revenue is higher from the mobile web, the click-through rates in apps are 1.7x higher than that on the mobile web. The in-app revenue grew 2.9x YoY and in-app ad revenue is overtaking mobile web channels by as much as 13x in Singapore and Thailand. 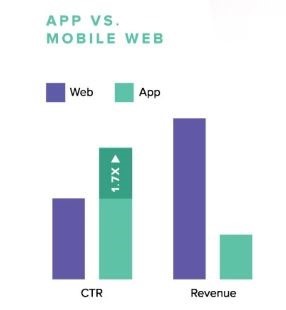 “High revenues generated from mobile web is a strong indication of increasing smartphone users from India that are spending time online. The reasons for preferring mobile web vs apps could range from device limitations to network conditions. However, we have observed higher returns for marketers spending on in-app advertising, specially in entertainment and gaming categories,” said Vikas Gulati, MD Asia, Opera Mediaworks.

This MFI report would prove to be highly useful for Indian brands, agencies, and publishers and is organised into 3 sections: Data, Technology, and Creativity.

MFI Derived From Billions of Impressions

The insights mentioned in the report are derived from over 1.4 billion users within the reach of Opera platform. Opera Mediaworks analysed data from hundreds of global ad campaigns accounting for billions of ad impressions served on its platform and clubbed it some third party data to derive these insights.

This is just the beginning of a new era. Indians are already hooked on to Music, Video & Media apps and with the increasing penetration of 4G and affordable data services, the usage of media streaming apps is about to go sky-rocketing. What do you think? Would your YouTube streaming increase if you are offered lots of 4G data at a competitive price? Do let us know.