Advertisements are made with an intention that they further the brand and be remembered by people for a long time. This happens for many ads, but for some it happens in a negative way.

Creativity goes to Hell and advertisers seem to be drunk while designing the ads. Laughing is the only thing you can do with such advertisements. We have seen many ads which were out of the way, but let us take a look at the top 5 Indian TV commercials that just didn’t make any sense! 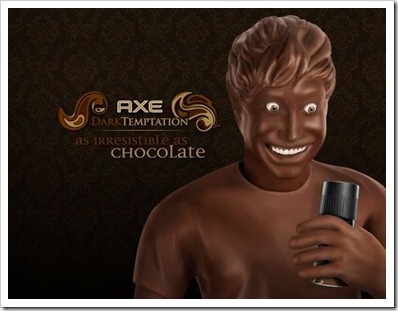 [Note: Creativity is a very subjective matter, and if a particular ad does not make sense to me does not mean you will feel the same about it. If you think there are ads which are even worst than these, do make it a point to let us know in comments]

Please don’t risk your life for a bottle of thumbs up. I will pay for it”, said a wallpaper that I saw on Facebook. I just could not resist laughing at this comment.

We have all seen Akshay Kumar doing insane stunts for a Thums up bottle. Really, what were you trying to convey Akshay? And after Akshay, it looks like the the legacy goes on with “Aaj kuch Toofani karte hai” Ads..

This ad really irritates me..over and over again in the commercial ad breaks.

The latest Colgate ad shows Sonakshi Sinha coming out of a movie screen to ask a viewer this same question. She suggests him Colgate Active Salt and then goes back into the screen to complete the scene. Seems creative? Naah, Rubbish!!

Have you seen this ad? I am sure you have. The ad shows a reporter standing on the roof where water-proofing work is on saying, “No Breaking News”.

It is completely non understandable how this statement links to the product being advertised. After all, it is a water proofing cement, not a JCB machine that would break things!!

4. The fountain of chocolate

This list would have been in complete without the mention of this TV commercial. It shows fountains of chocolate flowing out of people’s head. I just shook my head when I first saw this add. What has happened to Indian advertisers?

Cadbury Éclairs is a popular candy across India, but you don’t expect it to burst people’s head, do you?

In the last, I would not mention any single advertisement. This is a trend that is being followed in the advertisements of literally all deodorant brands. It’s a common theme; spray a lot of deodorant on your body and girls from all over the city would be chasing you. Now these ads are not suited to be watched before your family, especially in India.

Also, they just make you laugh for the in-practical theme of these ads. Obviously, everyone (maybe most) understand that girls are not going to chase you if you wear the deo in loads.. These Deodarant advertisements need to go beyond this “sex-appeal”  theme.

These were five advertisements that we thought didn’t make any sense.

Any other commercial which don’t make sense to you?

Let us know it in the comments.

50 Comments
Leave A Reply
Cancel Reply
Stay With Us