During my visit to Chennai this January for Proto.in, I was really surprised to know that Chennai does not have restaurants that serve Beer or alcoholic drinks. Not only that, it does not have any pubs or Disco’s. If you want to go out and enjoy a couple of drinks, the only place would be 4 or 5 start hotels. Now thats a real dampener for person like me who really enjoys going out and having evening drinks with friends. 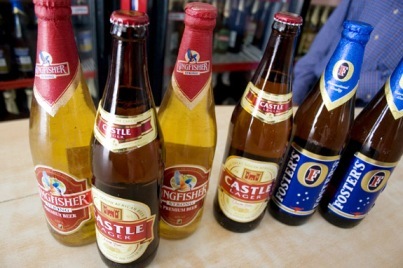 However, it seems that outside of Chennai, South Indians seems to have a huge appetite for Beer. According to the latest figures released the growth was mainly led by the key guzzlers down south, with the largest market Andhra Pradesh vaulting 15.4%, Tamil Nadu 11.6% and Karnataka 24%. Another big market, Maharashtra, however, witnessed sedate growth of 5-6%, with Mumbai city recording a minor dip.

Among the northern markets, Rajasthan saw volume jump by 26% while Haryana appears to have grown at around 30%. However, it is believed that Delhi remained sober with 3% rise in volume depletion.

In fact, Uttar Pradesh, which saw significant changes in excise, was one of the rare exceptions reporting degrowth of nearly 7%. The eastern markets also shaped up well during the year on a smaller base though, with Orissa, West Bengal and Jharkand growing between 20-25%. [ET]

Honestly, Chennaiites are missing on one of the important pleasures of life :)

Disclaimer: I am not promoting drinking out here. Views expressed here are purely personal.

How cheap can your mobile tariffs get?