5 Trademark Protection Lessons to Learn from the Famous Brands!

Trademark protection has now become a necessity, instead of a luxury.

Brands are created with a lot of investment – both in time and money. But the hard-earned brand of the business is put to risk when it comes to protection. It happens that, although the brands are well-protected through trademark registration, minor mistakes or negligence on part of the brand owners put them into troubles.

How to stay away from these? Well, it is said that wise ones learn from others’ mistakes.

Check out these 5 trademark protection lessons that we can learn from the experience of business giants.

Lesson 1: You cannot get hold of the Registration with a Nominal Change in the Existing Trademarks

Our first study is on the premium clothing retail sector brand–Pantaloons, owned by the Aditya Birla Group. Many entrepreneurs and businessmen believe that merely changing a word, suffix, or even a minor change in the logo can allow them to register the mark without infringing other’s mark. To throw light on such scenarios, we have chosen this case where the trade name and device used by both the parties were nearly similar. 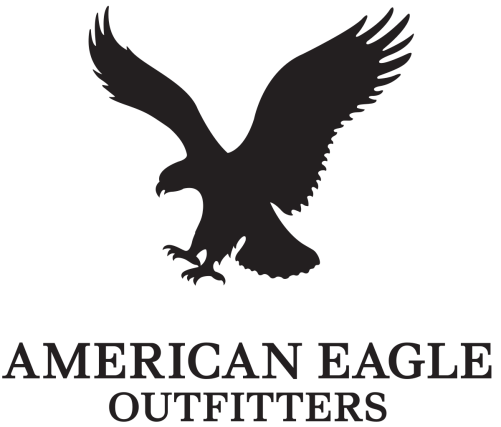 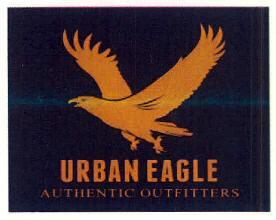 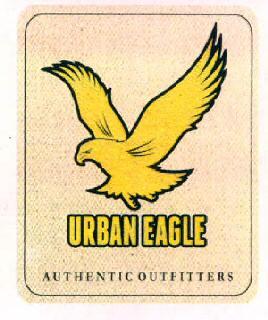 Prima facie, it can be said that the brand name and device used by the Pantaloons was deceptively similar to that of the US Company. Therefore, the Indian Brand had to waive the rights over their trade name and the logo. The Pantaloons had to put forward an offer of removing “Authentic Outfitters” from the brand name and also from all the stocks underlying with their retail shops/ stores.

Further, for the stocks lying in the godowns/warehouses, it was offered that along with removing such suffix, the device of the eagle should also be replaced. Also, the court found that the device.

used was deceptively similar to that of the American Eagle device (i.e.; the bird – Eagle). Pantaloons had to undergo a rebranding exercise by giving up the logo as well as the brand name in order to continue using the stock.

Lesson: We can conclude that even the minimal alteration in already existing brands and devices is a case of infringement and such a practice must be avoided.

Lesson 2: Your Registration with the Combination of cannot restrain others from using its parts independently

This lesson for this is again taken from the above-mentioned case of American Eagle vs. Urban Eagle. Where the Pantaloons chose to remove the words “Authentic Outfitters” as part of its name, the Retail Royalty Company has not agreed on terms saying that even the word “Eagle” must be exclusively appropriated to it. It demanded from the Pantaloons to not use the trade name “Urban Eagle” as it contains work “Eagle” which is a part of its trademark.

Lesson: While applying a tagline or a combination of words for trademark registration, the owner does not get the rights over each individual words contained in the mark.

The protection is sought to be provided for the specific combination of words in the form of line or sentence together and not individually to any part of it. The owner cannot stop others from using any of its parts independently or in combination with the other words. However, if a part of the tagline is used substantially in a deceptive manner, the owner may claim infringement, subject to factual information.

Also, if the owner has obtained registration with respect to those words in any related classes, one may claim an exclusive right over it.

To understand this better, we shall refer to the Gutkha and Pan Masala producer –Manikchand Group that is quite famous for having sponsored two editions of the Filmfare awards. The Manikchand Group is well-established in the market under the name of “Manikchand” that sells Pan Masala, Gutkha, Supari,etc. Although it has established its nation-wide and international presence, it had to give up the brand name in the favor of a local market player that successfully proved the prior use of a deceptively similar mark.

It is to be noted that another local market player, M.S.S. Food Products was into the same business activity with the trade name of “Malikchand”. Manikchand was the first to claim the brand name by application of trademark registration in the year 1966, claiming the use of brand name since 1961. But on the other hand, the other brand, Malikchand has claimed the trade name in use since 1960 so. In the said case, M.S.S. Food Products were favored by granting an interim injunction for the prior use in trade. Malikchand possessed an unregistered trademark that was not in use by the plaintiff since the claimed user period. The prior use could be established because of assignment of the unregistered trademark.

Although Manikchand Group sought relief by filing the applications or appeals various times after the injunction order passed against it, no relief was granted in this regards. The group had to discontinue using the trade name “Manikchand” and subsequently, it adopted trade name of “RMD”.

With this case, we can derive that whether a trademark is registered or otherwise, the prior has an upper to any other. Therefore, while registering the mark you also need to a put check on whether a similar trade name is already being used or not. By avoiding this, you may negatively impact your goodwill at a later stage that can cause such cases.

Lesson 4: Proof of Use plays a Vital Role

As seen in the last case of RMD, the other party has claimed the earlier user date and therefore it could claim the prior use. However, we have to note that only claiming prior use does not guarantee a seamless protection. The proof of continuous use must also be submitted.

“Éclairs”. The order implies that in the future, Cadbury cannot hold anyone for infringement of these marks.

No matter how big or famous the brand may be, if it fails to prove its claims, they might face major fallbacks. Hence, having an evidence to support your prior use claim is critical in any trademark case.

One may provide the invoices, advertisements in newspapers or hoardings, online market presence for trade and similar other proof may suffice the requirement of user proof, subject to the facts involved.

“Amul” is one of India’s biggest brands in the food and beverages sector, managed by Gujarat Cooperative Milk Marketing Federation (GCMMF). The fame and recognition the brand has achieved came with a downside. As the brand started developing a reputation for itself, many companies and people started infringing on its exclusive right and started misusing it a lot. This was mainly because the registry allowed the other brands to get the name “Amul” registered under different classes. For example, a quite famous hosiery brand named “Amul” owned by J.G.Hosiery Private Limited also obtained the registration for applications made under class 25 in 2001 with the brand name “Amul Body warmer” and “Amul Gold”. As Amul (milk brand) has not registered its trademark under the said class, the registration was granted to the hosiery brand. Although the class did not relate the activity of milk brand, the other brand could take advantage of the goodwill of a milk brand.

Hence, it is very essential to understand that it is important to register/apply for the well-known trademark status at the right time once the brand creates a certain reputation for itself, globally.

In this case of Amul, the business owners needed to learn 2 things.

The first lesson is ensure seeking Trademark registration in applicable classes of the products being dealt or services being rendered to provide protection from all sides to a brand.

Another is for those brands like Amul Milk, being famous to seek registration as a well-known mark when the market presence it quite good the consumers can easily relate to your brand with the name or logo itself. It may stop others from using the similar or deceptively similar brand name that could ride on their goodwill.

To conclude we could simply say that ‘brand’ is a very sensitive topic for any business nowadays because of the increasing competition and market presence. Therefore, while you are choosing your brand name to establish a distinct presence in the market; you also need to equally look for its protection.

And as you opt to register it as a trademark, there are numerous factors to be considered and therefore consulting an expert also gets inevitable. Your duty does not end by filing an application or obtaining a registration; the owner needs to keep an eye even on the competitors and other market players as well.

Shrijay is an entrepreneur with excellent business acumen. With a decade-long experience of working with some of the most disruptive eCommerce startups across the globe, Shrijay believes in team building, customer service, and execution to be the most critical processes for building a sustainable business. He currently leads a LegalTech company: LegalWiz.in which helps Startups and SMEs in India to easily comply with the law.