How much importance does a logo or signature tune have for a brand? And that too for a brand that has established itself in the field of telecom, which is one of utmost competition with operators making a beeline for supremacy. Airtel which has established itself as one of the world leaders in mobile telephony has finally started showing the results of its Rs 300 cr spend for marketing, advertising and branding. The first to change are the logo and the signature tunes.

Airtel’s previous logo had both white and red colours interchangeably. The interesting part was that the word ‘Air’ was written in black with a white background while ‘Tel’ was written in white on a red background. Sometimes they also included their slogan “Express Yourself” with the logo.

But today the logo looks more like a curved ‘A’ with little bit of highlighting to indicate what they call dynamism and the warm and friendly appeal of Airtel. They have also said that it represents a dynamic force of energy which would bring the management and customers closer.

If this wasn’t enough, AR Rahman after his debacle with the CWG tune (though the remix was much better) comes back with a theme song having a younger and international feel to it. Their new commercial shows how a couple comes together due to the Airtel 3G technology which interestingly will be launched in India only by December.

So now that we have discussed the technical details, the biggest question is why did Airtel see the importance of such a move?

Airtel is offering services now in 19 Asian and African countries where truthfully speaking it has not yet reached leadership status though it’s there on that path. Through their rebranding and repositioning exercise, they aim to achieve an international appeal wherein customers not only in India but across the world recall their brand. With these points in mind, they seem to have embarked on this ambitious journey.

Does the move really work?

It’s a taken that wherever Airtel plans to expand around the globe, India will be its most important market. Would be interested to hear from you if anyone of you disagrees with that statement. Therefore the biggest move everyone was waiting for was their introduction of 3G services in India.

But instead Airtel came up with a complete rebranding exercise including a new logo, TV commercial and signature tune.

The previous logo was one of the most recognized logos in our country. Anyone and everyone be it from an illiterate person to a CEO knew that was Airtel. One of the reasons for it reaching somewhat of a generic brand status was its easily identifiable logo.

The new logo truthfully seems like a straight copy of the new Videocon logo upside down with a different colour. If you see it in another way, it also looks like a mixture of the Uninor, MTC and Vodafone logos. It seems like a bland and poor cousin of the previous one with only red all along. DISAPPOINTING! 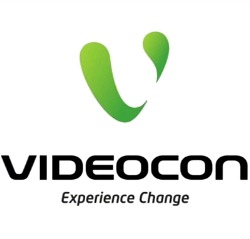 The previous signature tune of Airtel by AR Rahman is probably the most downloaded ringtone in the country at least. One thing about that tune was that it was instantly catchy when compared to the general trend related to AR Rahman tunes / songs. The new tune seems to have some words which I personally don’t seem to understand. It looks more peppy and international in its approach. But truth be told it DESTROYS the entire experience Airtel’s previous tune had set up.

The new commercials both talk about the 3G video calling experience and how it brings two love birds closer. But it’s still going to be a month before the 3G experience comes to India. Their previous ads were very inspirational or about bringing people together and included celebrities like Sachin, Shahrukh, Vidya Balan, Madhavan etc. Even their website which has been completely revamped is still working from an IP. Now that is really SAD!

Poor attempt by Airtel to target the international audience. I wish instead they would have spent the 300 cr at improving their customer services and infrastructure. Everyone will still go for Airtel because they are still one of the best. But then today they majorly disappointed the country! It looks like in an attempt to please the international audience, they have forgotten about their home country itself!

What do you think? This revamp is for better or worse?