The effects of the recession are still being felt across the world. Unemployment rates are still high, inflation is a big problem, there are various problems in different sectors across the world – the downturn is still playing a lot in our minds. Coming out of this downturn has been much slower than the previous ones and thus its prolonged effect has been ever more problematic. 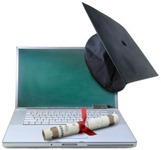 According to a recent survey by the Graduate Management Admission Council 2010 which analyzed 327 business schools across the world, the applications for full – time MBA saw an increase only in 44% of the MBA programs down from 77% of 2008. But during the same period the applications for part–time MBA as well as executive MBA saw an increase of more than 59% compared to the previous year (37%).

There are a number of factors for this surprising trend –

In India there are still most of us who pursue the full–time MBA route. But there are many institutes who have started the executive and part–time MBA program options including the IIMs. While there are no statistics to show the number of people in India who are pursuing such courses, its popularity is surely on the rise.

IITs for medicine – Atrocious thinking by our politicians!!!!