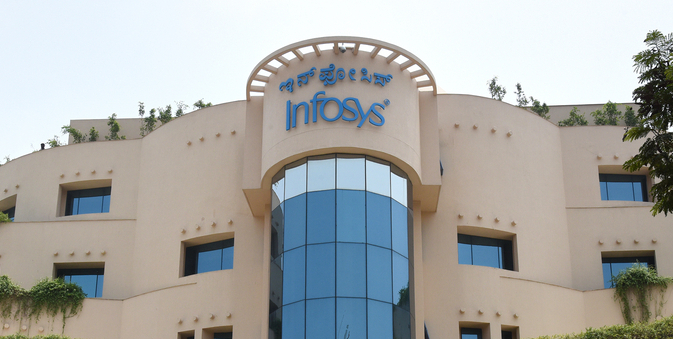 The long standing formal dress code policy (for over 30 years, since start of the company) at Infosys has been trashed, much to the delight of over 175,000 employees across the globe. No more will the employees be required to dress in formal shirts, ties and trousers through the week.

The formal dress policy was enforced quite strictly with employees having to compulsorily wear ties atleast 3 days of the week. A fine of Rs. 200 was levied if anyone violated the policy.

In a mail to all the employees Vishal Sikka, the first non-founder CEO of Infosys announced that they are doing away with this.  Here is what the mail said:

From Monday, June 1, 2015, you can flaunt your smart business casuals all week long!

Your favorite pair of jeans teamed with that t-shirt you love can now be worn every day, going forward. This was a change that many of you had voiced and requested on various platforms, so we are really excited that it is official now!

We believe that each of you is empowered to make the right decision and dress in a way that will make Infosys proud.

Like most other companies, Business casuals were allowed in Infosys only on Friday’s!

Most of the Indian IT companies including TCS, Wipro and others follow a very similar formal dress code policy, where employees have to wear formals through the week and are only allowed to wear casuals on Fridays.

With Infosys changing their dress code policy, the question is whether other companies should/will change their policies as well.

Most of large Indian IT companies were formed in late eighties and early nineties. The world of employment has changed a lot since, especially in IT space.

Today, software companies are re-inventing themselves in every area to keep up with the dynamic and changing world of Software Industry. Formal dress code policy gives an impression that the company is not liberal and operates in old-world order.

Going casuals is a sign that the company is keeping up with changing times and is flexible and open to embrace new-world order.

In case of Infosys, Vishal Sikka is new generation entrepreneur and understands this very well. He himself dresses far more casually than most other CEO’s. This change might not have come through if it was not for him!

Attrition Rate Drastically Falls In The Big IT Firms; TCS Hiring Drops By 85%!