After Airtel, RCom Too Increases Their Mobile Tariffs By 20%

Reliance communication today announced increase of their mobile tariffs for all its pre-paid customers. This comes close to heels of Airtel increasing their mobile and internet tariffs on select pre-paid packs. While the latter increased the rates only on certain packs packs, Reliance has gone ahead and increased it on all packs applicable pan-India basis. 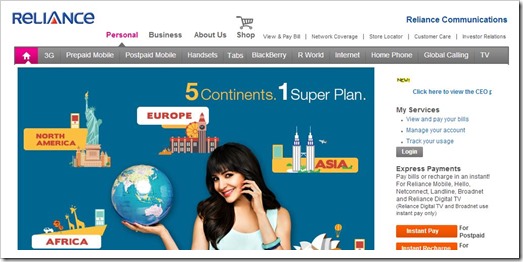 According to the release, headline tariffs will increase from 1.5 paise to 1.6 paise per second, while tariffs on discounted and promotional plans will increase by up to 20 per cent. The revised tariffs, which will be applicable for pre-paid customers across the country, come into effect from 25 April 2014.

At Reliance Communications, we continue to focus on growing profitable/paid minutes on our network and the current tariff hikes are part of our continued efforts to reduce free and discounted minutes, & offset the ever-rising costs of input materials,” Mr Gurdeep Singh, Chief Executive Officer, Consumer Business, Reliance Communications, said. “We expect RPMs to improve over the next few quarters and this will impact our performance positively,” he added.

In recent times Vodafone and Idea Cellular have also made changes in their pre-paid packs. Either the time validity of some of the packs have been reduced, or the call rates have been increased. However, in case of all of them only some of the promotional pre-paid packs have affected. Reliance Communication is the only operator who have made changes to their base tariffs (an increase of 20%).

It will be interesting to see whether other mobile operators follow the suite, we think not!

Suggested Reading: 3G Data Plans Comparison 2014: Idea vs Vodafone vs Airtel vs Reliance Vs Tata Docomo Vs Aircel Vs BSNL Vs MTNL