According to reports appearing in media, Vodafone, the 2nd largest Telecom Operator has decided to go ahead and disconnect the services of mobile users who have not used their cellphones to make or receive calls for over 60 days. 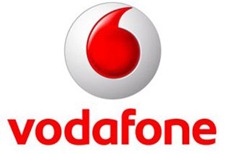 This is probably due to the fact that Department of Telecom (DoT) have recently come out with circular that put stringent guidelines on the number allocation criteria for mobile operators. Due to this, Vodafone seems to woefully short on the availability of Mobile phone numbers to be allocated to new users.

This announcement will effects millions of Vodafone users, especially the ones who have picked up Lifetime Validity connections. Currently they need to only make a single phone call in six months to keep the number active. However, going forward the will have to use it within 60 days to ensure that their number is not disconnected.

Having said that, I am not sure if Vodafone can legally disconnect these Lifetime users. The reason being – It is binding on Vodafone to honour the agreement that has been made during the time of procuring new connection (about keeping active once in 6 months). A lifetime subscriber has full right to fight back if their connections are disconnected only after 60 days of non-usage.

In India, especially in urban areas, many subscribers have 2, 3 or even 4 Sims. They pick these extra Sims due to some attractive offers or due to roaming or number of other reasons. Whatever the case, this announcement will really put millions of subscribers in jeopardy!

Vodafone has said that they will be intimating the existing “irregular” users by either SMS or phone calls. However, I doubt how effective this will be as many users start using the sim only when it is required and most of the time it is switched off.

We will have to wait and watch how Vodafone customers actually react to this announcement – It is very much possible Vodafone may be taken to court by one those disgruntled users whose connection may be disconnected.