One of the arguments I hear a lot these days is :  people are flocking to Android because it’s open. I am sure it is. Android is open. But what does it really mean to you? As a consumer or as an average consumer, what are you really doing with Android’s openness? And when did open get on to your smartphone buying checklist? From what I remember, in the good olden days, price, specifications, battery life and app support are the things present on  a smartphone buying checklist. Openness was never on the list. 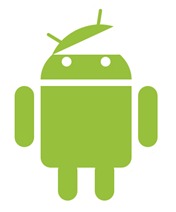 Who cares about Android’s Openness ?

For the rest of the mankind, the expectations of a smartphone aren’t all that different from the iPhone cult. They want the best experience from their Android phone. They want to browse, download apps, play music, watch videos, make some calls, send few texts and tweet about the whole experience.

Does openness add anything extra in this whole experience? Not that I know of. After all Androids or iPhones running on similar hardware, with few tweaks here and there.

People aren’t buying Android phones because it is open. People are buying it because it is affordable and provides a great value for money proposition.

There is no compromise on the smartphone features. This was possible because there is no cost associated with Android OS development. Apple has to spend money on upgrading its software. HTC or Samsung doesn’t have to worry about it and let Google do the development. For Google’s part, it wants to elicit monies from services rather than the software. And that cost proposition is benefiting the customers like you and me.

For iPhone users who are buying Android phones, they aren’t buying it because of Android’s openness. See, smartphone buyers are like Tamil Nadu electorate. Every five years Tamil Nadu electorate needs a new government. There are only two contenders to form the government in Tamil Nadu – AIADMK or DMK. Right now, DMK is voted out and AIADMK voted in. This didn’t happen because AIADMK is better than DMK. This happened because they are vexed with DMK’s corruption scandals and voted for AIADMK. This is called anti-incumbency factor.  That’s what is happening for the iPhone users right now. And I am in that cycle by the way. I want to buy an Android powered phone because, well, I am little tired of iPhone. And all the Android phone owners are still young with their Android experience.

Android’s real test kicks in when their honeymoon period ends. What is your take ? What will happen then?

[This post has been reproduced from The Gadget Fan Blog for benefit of trak.in readers]

After Mahindra Satyam, Wipro Looks To Tie-Up With Sporting Companies!

Google Merging Chrome OS With Android OS to Form Andromeda OS; Pixel 3 Will Get it…

#Lockdown: Availability Of Essential Goods Improve By 70% At…