HTC, the Taiwan based smartphone manufacturer reported an almost three fold increase in its first quarter profits beating all analyst forecasts and expectations. 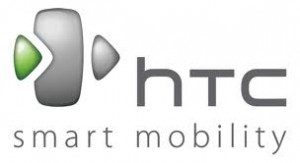 It is worth noting that HTC surpassed Nokia in terms of market capitalization as its shares rose 5.3% taking the market value to $33.8 Bn as against the $33.6 Bn for Nokia. Even as HTC’s growth story is commendable, Nokia’s slide does not come as a total surprise. Nokia has been on the losing end in battle of the smartphone makers largely due to its lacklustre Symbian OS as against the likes of Android and iOS.

The role played by Android in HTC’s phenomenal growth is significant. HTC has had a laser sharp focus on developing high-end smartphones with Android OS at the core and is gaining customer mindshare. Android is forecasted to become the second largest Mobile OS by 2014 and it is no surprise that it is clearly the choice of OS for mobile device manufacturers. The fact that other manufacturers like Samsung are also betting on Android OS only goes to show the future for Android backed smartphones.

HTC’s superb performance this quarter is only expected to improve going further with firms like Gartner suggesting the smartphone market growth at 58% this year alone. Even as HTC and Android look poised for higher peaks, I can’t help wondering,

Will Nokia be able to bounce back?

Nokia (Symbian) continues to lead in terms of number of devices but has been witnessing a constant slide over the past year. Its market share has dropped to 28.9% from the 36.4% it commanded back in 2009. The recent partnership with Microsoft announcing the development of phone based on the Windows Mobile OS has been seen as a last resort to save its face.

Industry analysts have gone ahead to suggest that the partnership with Microsoft is not going to help its cause but it should definitely help Nokia reduce its R&D budgets and try to gain some market share with Windows Mobile backed phones. But will it help Nokia compete against the monster created by Android remains a question which only time will tell.  But as of now if I were to invest in a smartphone manufacturer, it would be HTC all the way :-)

What are your thoughts? Should HTC’s phenomenal results be a cause of worry for Nokia

Maruti Relies On Worker’s Inputs To Save Costs

Passengers Coming From India Banned For 3 Years In Saudi…

iPhone 14 Series To Have No Notches, Feature 120Hz Displays

All Flights To UAE From India Banned By Etihad Indefinitely!…

More Than 21% Cognizant Employees May Have Resigned In Last…

1800 Bank Of India Branches Will Connect With Satellite…