Another round of placements has begun at engineering colleges across the country. Another opportunity for the likes of TCS, Wipro, Infosys and other Indian technology majors to hire in droves. Another instance when more than 60%-70% of the batch despite having no idea of computers will move to the IT sector. You must be thinking all this and more right? But then some things don’t remain the same always.

At for the IITs, beginning from IIT Madras, the placement season promises to be something different. Facebook has come to the campus for the first time to recruit students not for its operations in Hyderabad but the USA. And interestingly the 13 shortlisted students have to face their final interviews via Skype. The HR managers are sitting in the US and interviewing the candidates. 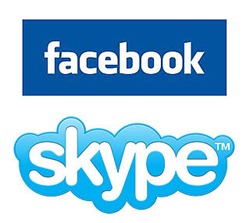 At IIT Chennai, there are so many companies and the fact that companies are taking in higher numbers this year, has made them wonder whether if there would be enough students remaining for recruitment later on.

And this isn’t just limited to IITs. At the other campuses like SRM, the story is also turning out to be similar with TCS and Wipro themselves recruiting more than 1500 students.

So what’s the difference in placements this year?

How has such a difference been possible?

The economy is finally looking good almost back to normal with a growth nearing 8.5% (Last quarter growth registered 8.9 percent, more than expected). This has thereby helped improve the situation of a large number of companies which were in the red for a long while.

The FII inflows have crossed more than US $ 20 billion which has led the stock market reach 21000 points (a figure seen a long while back).

A large number of companies have been able to strike the right kind of deals with various clients (international and local), thereby requiring greater manpower. This has also led to the need for a large workforce and thus higher requirement for people.

The ensuing growth has led to recruiters raise their compensation packages. Various new recruiters like Facebook have finally realized that one can ignore the Indian market at his / her own peril. This has prompted them to not only set up shop in the country but also recruit for their international operations. Not only they are recruiting, but are doing it with help of Technology.

All in all it seems that the smiles could be back once again on the students faces :)

Official List Of India’s Top 10 Institutes Is Out: Find Out If Yours Is In The…