Well… not our regular beer but bioethanol. According to CIA factbook, India is 5th largest Oil consumer and 6th largest in oil imports with both figures around 3 million barrels consumed per day.

With its relatively low per capita income I think that is alarming level of consumption and import. We definitely have to start thinking about alternative methods to run our cars and save our currency for better use. One such method is bioethanol fuel. Let me just start off by defining what exactly is ethanol fuel and how few countries have perfected the art. 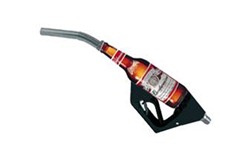 Bioethanol, unlike petroleum, is a form of renewable energy that can be produced from agricultural feedstock. It can be made from very common crops such as sugar cane, potato, manioc and maize. Brazil is one of the countries who are big on this kind of fuel. Brazil’s 30-year-old ethanol fuel program is based on the most efficient agricultural technology for sugarcane cultivation in the world uses modern equipment and cheap sugar cane as feedstock, the residual cane-waste.

The Brazilian car manufacturing industry also responded to this by developing flexible-fuel vehicles that can run on any proportion of gasoline and ethanol. Introduced in the market in 2003, flex vehicles have are now a record 92.3% share of all new cars and light vehicle sales for 2009. What is incredible is that there are no longer any light vehicles in Brazil running on pure gasoline!!! Brazil imports around 700 bbls/day that is almost 4 times lower than India’s imports!

There are several different advantages of using bioethanol:-

Do we have the capability to do what Brazil did?

Brazil’s ethanol comes from Sugarcane. No surprises because it is the leading producer of Sugarcane in the world with 650 tonnes/year. India is second largest producer with 350 tonnes/year, so we definitely have the capability even though scaling it to the level Brazil did might be hard. India is also the fourth largest producer of ethanol in the world. Ethanol production in India has an advantage as its production could potentially leave sugar prices unaffected.

Another thing to worry about is Sugarcane reserves might start depleting fast if we make ethanol out of it. An alternative to that is ethanol derived by sugarcane molasses, which is a by-product in the conversion of sugarcane to sugar. Therefore, ethanol does not compromise on the food security front. I also think, it can be an opportunity in the sense that you should improve the efficiency of producing more sugarcane and make agricultural practices better for a higher yield. Infact that is exactly what Brazil did when they faced this challenge.

I think our government should seriously start planning about bioethanol fuel. It’s absolutely vital for the country of India’s size. Our governments did start the Ethanol based petrol (EBP) program in 2003 when they mandated 5% blending of ethanol is 9 states. But nothing substantial has been done since then. We need to step-up and consider bioethanol as the major fuel running in our engines. And for that we need to have people, corporates, government and everybody on board. I