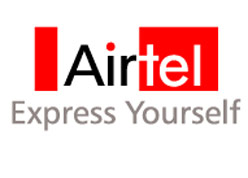 Diwali went well. We might have contributed to the global warming in a significant way, but who is checking? Muhurat trading went very well with Sensex regaining 9000 levels. That is the good news. Though it is not the topic of this discussion. Bharti Airtel has entered the elite club of top telecom companies. It is at number 25. It is the only Indian company in the list. Britain’s Vodafone which recently acquired Hutch is at number 1.

The study conducted by UK based brand valuation firm Brand Finance Plc, uses a methodology called “royalty relief”. This takes into account several factors mixed up to come up with the brand value of the company. Brand value is not tangible. If it has to go by number of subscribers alone at least 3 Indian companies would be featuring in the list.

Since brand value is measured on a global scale, only one Indian company on the list is justified.Â  None of our telecom providers have global presence. Airtel is setting up its shop in Sri Lanka with the help of IBM. Reliance pursued South Africa’s MTN which wouldÂ  have been a gateway to Africa for Indian telecom. Thanks to family feuds that did not go through. Airtel is rumored to be pursuing MTN kind of deal to expand its global footprint. Lack of global presence is the main reason for a lesser brand value.

I still agree with what came out of the report. Airtel, to me is a better brand compared with Reliance or Hutch (now Vodafone). I had my share of frustrations with both Reliance and Hutch, but not with Airtel. Reliance might not be behind for very long. Reliance has acquired its GSM license and is rolling out the operations swiftly. It is only a matter of time Reliance will overtake Airtel to become the top company in India. Airtel to keep or improve its brand value should innovate with mobile services and also expand into overseas markets. Airtel should grow both organically and inorganically (through acquisitions). It is clear that Reliance cannot grow inorganically. That would be Airtel’s strength. If only it can capitalize on it. Reliance will be on the next list.

Do you think Airtel’s brand value is justified? Do you think Reliance or any other telecom company should be on that list?

This is how bubble builds up !