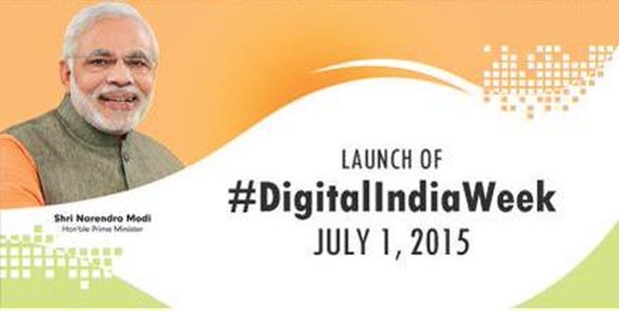 Today, the world will observe the insane possibilities of a truly Digitalized democracy.

In a scale never seen or heard in India, Govt. is all set to kickstart massive Digitalization program across the country today.

Thus, the next 7 days will see an inflow and exhibition of around Rs 3.5 lakh crore worth of Digitalization initiatives across the country, supported by both the Govt. and private players.

The objective and purpose of this mega event and drive is to create awareness about Digital possibilities, and to spread knowledge about E-governance initiatives. Plans regarding e-education, e-health, telemedicine would be shared, along with e-locker facility, e-filing of all mandatory Government forms, WiFi plans for future, update on National Optical Fiber Network (which is currently being implemented); spread of high speed broadband in rural areas at discounted rates and more.

Here are the official links from where you can watch live streaming of the event:

This is easily one of those unprecedented moments in the history of Indian business and technology, which can totally alter the way our economy is growing forward. We are eagerly looking forward to this event, and strongly encourage all our readers to watch it too.

The new dawn of digital era can pave the way to a new future.