CES is one of the biggest events for Consumer Electronics and besides Apple, almost all hardware making companies bring their best (almost) to this show. While many companies (especially smartphone making companies) have started their own events to launch major products, the sheer number of products that this event garners is impressive.

This year too, the event, hosted in Las Vegas, is taking the world by storm. There are many product launches and even more products that are present as concepts and we do not know if they will see the light of the day.

This year, Samsung has released its UHD smart TVs. Powered by Tizen, the TVs are ranging from 48 inches to 88 inches in 9 screen sizes. The TVs support both 10-bit color and High Dynamic Range and uses Quantum Dot Technology. This technology is in its nascent stage yet and uses Nano crystals made of semiconductors and theoretically are better at color reproduction (especially the blacks). We should be seeing them more often in the near future. Other than this, Samsung also launched portable SSDs of 250 GB, 500 GB and 1 TB storage sizes, Milk VR for its virtual device Gear VR for streaming 360 degree video and Chef Collection (a collection of kitchen products like fridge, oven etc. along with an app with recipes and tips from expert chefs).

Samsung is really trying to push Tizen down people’s throat. However, it is yet to be seen if people take the bite. Tizen as of now, is simply not ready to take on Android and iOS.

These two platforms have turned into behemoths (other Smart TVs are already running on Android) and Samsung is in some ways right to try to open the market more and increase the competition.

Talking about TVs running Android, Sony has launched one X900C series 4K TV. The TV is only 0.2 inches thick and the question comes why! It is no doubt a sleek design but I doubt that there is any other advantage. TVs can afford some girth as they are rarely moved.

Personally, for TVs, I would pay less for same features if the only difference is thickness of the device. The TV in itself is filled with all the Android goodness and promises to support Google Play, Google Cast, voice search, and Smart Watch compatibility. 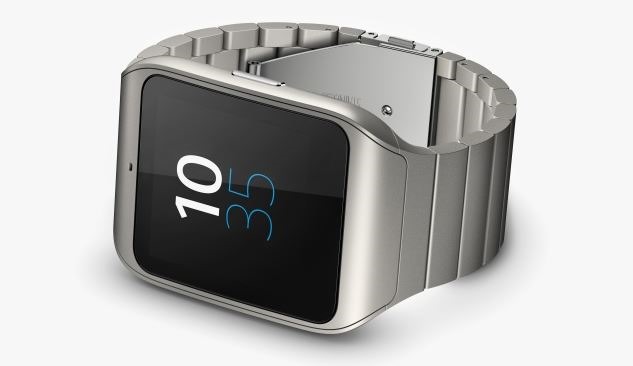 Other than that Sony also showcased the Steel Edition of its Smartwatch 3 which in my opinion is spectacular in looks. Also, Sony has announced updated lineup of action cam shooters and handycams which now support 4K (as they now should).

Lenovo has announced both mobiles and laptops at this CES. But first, let’s talk about Lenovo’s first attempt at fitness. With Vibe band VB10, Lenovo is offering a 1.43” E-Ink display band which can serve as a smartphone as well and has a battery of 7 days. The bands are all rage these days and while I do not think the number of health conscious people have increased too much, the market as of now is ripe to be taken advantage off.

There are other Lenovo laptops as well but they deserve their own space.

LG announced second iteration of their curved smartphone LG G Flex – The LG G Flex 2. With a smaller 5.5” screen, the curved smartphone will have a 64-bit Qualcomm Snapdragon 810 system on chip and will be the first device to come with the Snapdragon 810 SoC. One of the highlights of this new phone is that it has a self-healing back cover. We will need to see how effective it is in reality, but it looks more of a gimmick rather than of any real utility!

ASUS, who has had a good 2014 with their Zenfone series, further strengthened their line-up by announcing Zenfone 2, the only smartphone in the world that sports huge 4GB RAM! The phone is 3.9mm thick at the edges, features a 5.5-inch full HD IPS display, has a 64-bit 2.3GHz Intel processor, and runs Android 5.0 Lollipop. ASUS has also announced three Windows 2-in-1s with the Transformer Book Chi series. They are the T300 Chi, T100 Chi and T90 Chi. Again very sleek these are some of the thinnest notebooks out their that sport Windows 8.1 OS.

Finally, the best item on the list (though conceptual) is Mercedes-Benz self-driving car- F 015. The picture alone is worth drooling and according to Daimler Chief Executive Officer Dieter Zetsche – “The car is growing beyond its role as a mere means of transport and will ultimately become a mobile living space.”

Check out this video of the car and be mesmerized.

The car can be driven manually and autonomously and during this period, the seats can all face each other until the driver needs to take over the controls where the driver’s seat can swivel.

Although only time will tell if this car comes into being, it would surely be a game changer if Mercedes can bring it to market before competition.

There are many other products that will launch and we will discuss many of them in detail in coming posts.