Nexus 6 aka Motorola Shamu, Everything You Wanted To Know

Nexus devices command the most reverence among their Android siblings. Google announces its latest Nexus phone flagship every year in October setting the standard for the other Android topdogs from other manufacturers. The latest rumours circling the internet suggest that the upcoming Google Nexus 6 or the Nexus X will be made by Motorola, and is codenamed as ‘Motorola Shamu’.

Fate of the Android Silver Program

Google was rumoured to shut down the Nexus series in favour of the Android Silver program. But, the departure of key executive in charge of the program has delayed the Silver Program by an indefinite time.

And the good news is, Google has not officially announced to kill Nexus, yet.

When Google bought Motorola Mobility in 2012, all hopes were pinned on Motorola for making the next Nexus devices, which never happened. But it seems that most of us were right, Google did buy Motorola for launching a phone which would be completely designed by them, just like the Apple iPhone.

The most anticipated feature of the Nexus 6 would be the OS that it would be running on- Android 5.0 alias Android L.

The Android L brings a lot of improvements to the existing Android versions. The most notable features of Android L are its enhanced battery efficiency, support for 64-bit apps, and its super cool material design UI.

9to5Google suggests that the upcoming Nexus 6 will be scaled up version of the Motorola Moto X, but with a larger display. 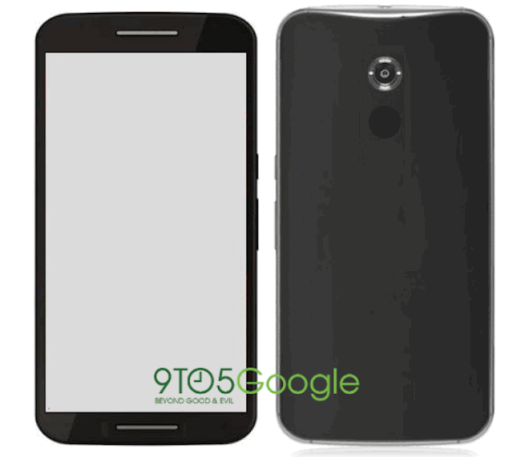 Google announces its latest Nexus phone in October followed by its November launch. So as usual, we are expecting to see the next Nexus 6 or Nexus X sometime in November this year.

Now given the fact the Nexus 6 has better hardware and a gorgeously large 5.92 inch QHD display, we expect it to be slightly more expensive than the Nexus 5.

The Nexus phones usually come with a great price tag for their hardware, but the Nexus X might not continue that tradition.

If the rumours of the 5.9 inch Nexus 6 are true, then Google might have lost many prospective Nexus 6 buyers even before its official launch.

Now, as these are just rumours we would advise you to take them with a pinch of salt. The Motorola XT1100 device that we are supposing to be the next Nexus might be something else entirely. It might probably be a high-end phablet device from Motorola.

Nexus lovers on various online forums are complaining that such large phone is too unwieldy to be used as a primary phone. And I agree with them. What are your thoughts about such a big Nexus phone?

Would you buy it?

10 Most Inspirational Quotes That Have Power To Transform Your Life