As is the norm, Indian Economic Survey for 2012-13 was tabled in the parliament today, a day prior to release of Union Budget 2013-14. We bring you the key highlights on how Indian economy performed in 2012-13 and what is expected in current financial year. 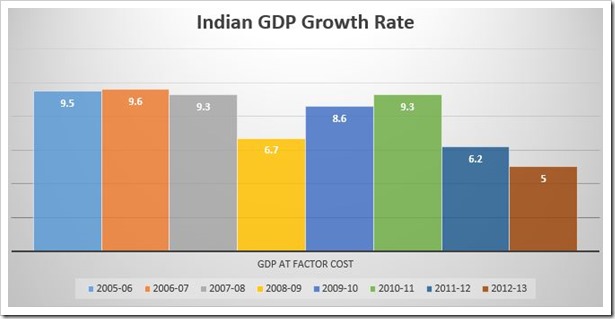 2) India’s GDP (at current market prices) for the first time crossed 100 Trillion Rupees a growth of 11.7 percent over last year. 5) Imports remaining as is witnessing neither growth or contraction. 7) Gross Fiscal Deficit reduced to 5.1 percent of GDP as compared to 5.7 percent last year. Though Fiscal deficit has come down, they could not meet the target set last year. 9) In 2012, at 5 percent, India witnessed 2nd highest growth in select economies. China was highest recording a growth rate of around 8 percent. Download full Indian Economic Survey Report here [Though it still shows 2011-12 report in title, the documents have been replaced with 2012-13 ones]