Railway Minister Dinesh Trivedi was in a rather poetic mood today, while he announced his maiden Railway Budget 2012 speech. Clearly, his main focus is to achieve safety, modernization, consolidation and decongestion & capacity augmentation in Indian Railways, in a bid to herald an era of generational change.

To start with, days before the Budget, the Indian Railways had dropped the bomb on the industry by hiking freight charges by up to 25% for most commodities including coal, food grains and fertilizers by reworking distance slabs, raising fresh fears of stoking inflation further.

Most of Indian railway infrastructure was built during the British rule in the country and has outlived its utility to say the least. India now needs complete up-gradation of railway’s communication system and infrastructure such as tracks, bridges, signals and rolling stocks. 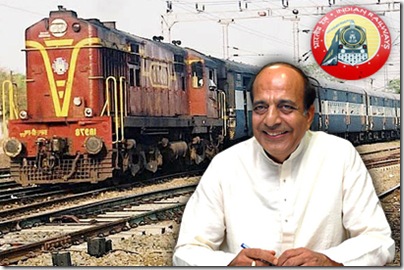 Sam Pitroda has pegged the total expenses for railway modernization roadmap at Rs. 8 lakh crore, over the next 5 years. The big question – how will government arrange for such a huge sum, though gradually?

Expectedly, the Union Minister of Railways started off his budget speech by saying that he is not satisfied with the railway safety standards at the moment; and wants to target zero deaths due to railway accidents. In order to promote enhanced safety standards, the Minister has proposed to set up an independent safety authority functioning in line with international standards.

Key Highlights of the Railways Budget 2012:

5) All level crossings to be eliminated in the next 5 years.

8) Speed of passenger trains to increase to 160 km/hour.

12) Installation of 321 escalators at important stations.

Do you feel Dinesh Trivedi will succeed in his ‘safety’ initiative for Indian Railways?