They say – stock markets are always right. But, then, they’re equally weird as well!

Don’t you agree? Let me give you a glaring example on this. In its Q3 performance, IT bellwether Infosys Technologies posted 14% jump in net profit to Rs.1780 crore. So, what was the stock reaction? It slumped from a high of Rs.3377 as on Jan 12 to sub-Rs. 3100 levels now.

For a while, let me draw your attention to Suzlon Energy’s Q3 results – India’s largest wind turbine maker by sales reported a consolidated net loss of Rs.253 crore. Any guesses, what was the stock reaction? The stock price surged from Rs.48 as on Feb 4 to close above Rs.49 on Feb 8.

So, what was market logic behind such illogical movement in stock prices of both the companies? Infosys doused market expectations with a flattish sequential performance on the back of weaker economic recovery in developed markets. But, what went into stability of Suzlon’s share price despite big losses? The company gave positive outlook for the global market for wind energy and significant higher visibility of volumes going forward. In a nutshell, it is always difficult to predict what markets are up to and hence trading markets is the toughest job, almost equal to calculated gambling. Rightly so, market gurus have always maintained that the real wealth creation takes place only in long-term investments; and not through trading ideologies.

The above was just a round-up as to how markets react. Coming back to current market position, today Nifty almost capitulated to the lows of 5250, spreading panic amongst traders and investors. But, there is little to panic for long-term investors. They should rather take this opportunity to accumulate good stocks at every lower level.

In fact, for the new investors waiting on the sidelines – there’s no better site than Nifty coming down by 1000 points in less than 3 months. Well, that’s about benchmark index. But, if you go outside the benchmark index, into the well-known mid-cap counters, the correction is as steep as 30-40% from their recent highs in stock prices.

At this juncture of market panic, without going too deep analytically, let me share with you a list of Top 10 stocks that can be ‘Accumulated’ (rather than outright buying in this falling market) slowly based on their current fundamentals:

The stock price of IDFC had surged to Rs. 215 levels just few months. The latest bout of inflation-led market panic has dragged this stock to sub-Rs.130 levels. In December quarter performance, the company had posted a decent net profit of Rs.304 crore as compared to Rs.240 crore a year ago. 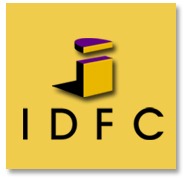 Apart from infrastructure financing, the company is also involved in the asset management, investment banking and advisory businesses. Equity brokerages have imparted the sum-of-parts valuations of over Rs.200 for this company. 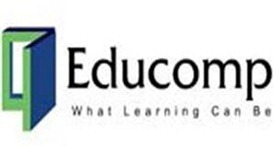 Currently, its stock price is way off from the peak levels of Rs.1000 per share. Educomp Solutions will announce its Q3 results on Feb 11. If you want to bet on unorganized Indian education industry on the bourses, this is the stock you can accumulate on every larger dips.

By far, this quality infrastructure stock has been the biggest under – performer since mid-2010. During mid-July, this stock had made a high of Rs. 190 and is now down by 60% at Rs. 70 per share. In fact, almost all the infrastructure stocks have been beaten down out-of-shape over the last 3 months. 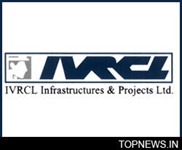 IVRCL infrastructure has order position of over Rs.230 billion, providing strong revenue visibility for at least next 3 years. The company’s order book mainly comprises of water projects to the extent of over 40% and the remaining being contributed by building and transportation segments.

Alok Industries is a vertically-integrated leading textile manufacturing company with a robust business model and performance as compared to other textile players, on a consistent basis. The textile major has presence in 3 broad categories viz., Textile, Retail (H&A Stores) and Realty. 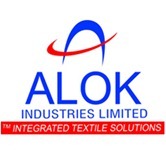 The company is involved in distribution of textile products to the US super-market chains. But, the major concern for Alok has been its high Debt-Equity Ratio. However, most of the company’s interest liabilities for its long-term debt are subsidized under the textile promotion scheme.

Yes, this capital goods company is back on my wish-list with the current market fall. L&T has corrected by a whopping 30% as against benchmark loss of 15%. It’s quite an under-performance looking at the way the stock has corrected in the year 2011 alone.

Recently, this stock was in the news for hiving-off nine companies from itself, which has not gone down too well with the markets. With this slump in valuation, the company is now quoting at a PE multiple of close to 20. Investors can start accumulating this long-term growth story on every dip from here on.

This company, which is involved in various diverse businesses ranging from retailing to oil refining, has corrected from the highs of Rs.1150 to Rs.900, keeping pace with market fall. Long-term investors can look at accumulate the stock with oil prices back on the upward curve.

The company was in the news in year 2010, for acquiring sizeable stakes in the non-conventional shale gas opportunities in the US. Reliance is known for its vision and taking actions well in advance before other players set their eye on the similar business models. 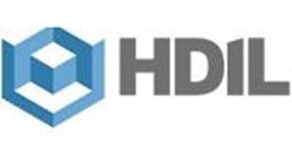 The stock has corrected sharply from Rs. 300 in August 2010 to sub-Rs.140 levels on the back of pressures from rising interest rate scenario. Contrary to analyst recommendations on business-news channels, there is nothing wrong in investing a small amount in real estate stocks at current beaten down valuations.

Bartronics India is in the business of Automatic Identification & Data Capture technologies. Just imagine for yourself the retail boom that India has set on pace with; which would fuel the need for such sophisticated technologies that goes into product bar coding and smart card manufacturing.

From the stock perspective, the prices have corrected sharply from Rs.150 levels in July 2010 to sub-Rs.70 levels now. The stock had made a high of about Rs.250 during the peak of the bull run before the 2008-crash.

State-owned ONGC has corrected from the highs of Rs. 1400 to Rs. 1150, before the stock went into split and bonus adjustment yesterday. The stock had surged few months back on the back of partial fuel price deregulation announced by the government in 2010.

However, with global crude prices making new highs, the PSU oil major gave up most of the gains, as the Indian crude basket is subsidized by the joint-efforts of the government, OMCs and ONGC. Investors looking for safe and low-beta stock can take a call on this stock.

Telecom sector has been an under-dog since last many years now. Numero-uno Bharti Airtel is a top pick amongst the sector. The stock valuation is quoting at a substantial premium to its competitor Reliance Communications. Reason: Airtel is no longer reliant on Indian telecom market alone to drive its future growth. It is into under-penetrated African markets as well.

The stock price of Airtel is quoting around Rs. 333 and the downside has remained capped at Rs.3 00 zone since quite a while now. For the uninitiated, investors can take a dip into this stock at current levels and more once the stock reaches around Rs.2 60 levels, if at all it corrects further from here.

Note: You can also read my earlier article on Top 8 Stocks Picks for 2011.

Further, if you compare the list churned out a couple of months back with the one in this article, you’ll realize that there were only 2 large – cap stocks then. However, in the current list, there are 4 large-cap stocks – RIL, ONGC, Airtel and L&T.

The fact that the markets have corrected sharply since I provided my earlier list, have prompted the above large-cap stocks to correct to more reasonable levels now than before. For example, Indian benchmark indices have corrected 15% but L&T has slumped 30%, rendering the stock price much more lucrative now.

So, are you ready to take a dip into markets now? Or do you still feel that investing now could provide more burns in near future?

Disclaimer: The above content / report is only for the educational purpose of the readers. It does not qualify as any type of advice or recommendation to Buy/Sell securities. The author and the blog are not responsible for the reader’s decisions based on the above report and news within.

Infosys Employees Can Work Extra Gigs With ‘Permission’; This Is How…

Infosys Launches Marketplace Of Gig Jobs For All Employees; But Rejects…