A clear gain of 3000 points – that’s the appreciation the Indian benchmark index has notched in 2010. The Bombay Stock Exchange Sensitive Index has galloped from 17500 points at the start of the year to 20,500 levels to mark the end of calendar year 2010.

The year 2010 has had more than its share of success and failures. Unfortunately, what emerges strikingly well is the list of laggards which have not participated in the current market rally on the back of negative sentiment prevailing in some counters; but might well have over-done in terms of subdued performance on the bourses by now.

At this juncture, it would be difficult to pin-point prominent large cap stocks for investment purpose as most of them have run-up smartly in sync with benchmark indices. However, the real value lies in mid-cap counters some of which are still reeling under pressure either due to issues such as lack of pick-up in demand for their niche products or operational issues or even hurdles of being highly leveraged financially. I am sure most of you won’t agree with my foremost pick from the telecom sector. The companies from this ailing sector have made every effort to stretch hard, from their head to toes, to squeeze-in extra bit of margin to ramp-up their performance in a bid to contend investors and fund houses.

Bharti is my top pick amongst the list of ‘value’ buys for 2011. The telecom giant has taken a clear lead in transforming itself into an emerging market multinational after buying out most of the African assets of Kuwait’s Zain Telecom for $10.7 billion. Further, the company’s non-wireless operations and overseas businesses are expected to support the profits of the company going into the future.

Bharti looks more prepared than its competitor Reliance Communications in terms of broad business diversification through its product offerings and geographical spread across 18 countries. At current value, the stock trades at a price-to-earnings ratio of 15 and trailing 12-month EPS of 22 per share, making it an attractive buy for long-term investment.

Education remains the most dynamic thematic investment story in India even today. Without any doubt, Educomp Solutions is a well-planned business model which provides diversified education solutions including its pioneered digital initiative transforming the way teachers teach and students learn in schools. 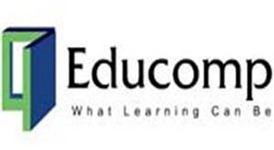 The company’s SmartClass segment, involved in delivering interactive and innovative multi-media content, has been growing at a brisk rate and is already contributing more than half of its revenues at healthy margins of over 54%. Even the number of schools (664 schools) where its implementation has completed has more than doubled in last one year.

The stock valuations seem attractive due to the superior growth and margin expansion that the company is likely to achieve in its key learning solutions business. Investors might do well to accumulate the stock around Rs.500-525 and more on further dips, if any.

DLF can be safely termed as one of the biggest laggard since 2008 market meltdown. In fact, most of the realty counters are trading at a deep discount to analyst’s estimated 12-month NAV for the companies in this sector. Moreover, the recent spate of investigation into home loan scam made matters even worse for the stock prices from this otherwise shining industry.

Just like the telecom sector, which is doing well but not reaping enough fruits for the companies involved in this highly competitive industry; even real-estate sector is shining bright but most realty firms are hit by high debt component on their balance sheets, thus putting pressure on the valuations of their stock prices on the bourses.

The valuations of the stocks from this sector are already attractive and might see some more erosion if markets go for a tailspin. But, this could well be a good time for investors to consider phased exposure to the stock around Rs. 285 zone.

Deccan Chronicle Holdings Limited (DCHL) is one of the largest English language publications in the South. It also owns Asian Age and AndhraBhoomi along with its flagship brand Deccan Chronicle. Needless to say over here that the IPL team Deccan Chargers also belong to this same group. Recently, the company had amalgamated its subsidiaries – Odyssey and Seiger Solutions – which are likely to boost its overall revenues going forward. The company has also benefited from the newsprint price crash globally. The stock price of DCHL has corrected significantly from its November highs of Rs. 150 to Rs. 108 currently. At current price, DCHL stock price is trading at a Price-to-earnings ratio of 9.92 which is at a big discount to its peer Jagaran Prakashan.

The automobile industry has bounced back smartly after experiencing recession-led crunch a couple of years back. Moreover, with the fuel prices back on the upward curve, people are gradually shifting to vehicles fitted with CNG kits. Everest Kanto Cylinders (EKC), which is into manufacturing of CNG and high pressure industrial cylinders, is likely to be a beneficiary of this shift in demand pattern.

Currently, the stock price of EKC has been adversely hit by high inventory costs and pathetic performance in their recently forayed markets of UAE and Iran. The company’s stock prices has declined 35% year to date on the back of fall in international demand for its products.

However, strong revival in demand in regions such as India and China bodes well for the company’s high-margin jumbo cylinders. Recently, the company has shifted entire activities of its Aurangabad plant to Gandhidham with a view to effectively utilize its manufacturing facilities and deliver products at lower costs.

Mid-cap real estate companies HDIL and IBREALEST are currently trading at depressed valuations and quoting at a steep discount to their all time highs on the back of funding challenges and tapering demand scenario in the real estate sector. 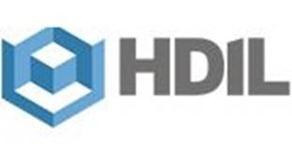 While the stock price of HDIL has corrected on account of concerns over a subdued Transferable Development Rights market; the company’s progress in slum rehabilitation projects remains on path with recent decision by Mumbai High Court to reverse government’s notification to increase FSI.

This stock from the MFI industry had listed on the bourses with quite a bit of fanfare in August 2010. However, the rally has fizzled out on the back of persistent investor concerns about the operations of microfinance institutions being constantly under the scanner following the recent Ordinance passed by the AP State Government.

Even as the analyst community keeps debating about the ethical norms and social vision being adopted by the MFIs, the stock price of the country’s only listed Microfinance Company, SKS Microfinance, has slumped from the highs of Rs.1400 to less than half at Rs.650 currently.

However, a right time to buy a stock cheap is when it is surrounded by negative news and sentiment. One needs to understand that MFI empowers small businesses and individuals situated at remotely within the country where formal banking and credit facilities are hard to reach.

The government also realizes that it can not strangulate the deep-rooted MFIs, but regulate it so that the interest that they charge is not exorbitant on the poor people. Investors can accumulate the stock and wait for the dust revolving around this lucrative sector to settle down for the time being.

Disclaimer: The above content / report is only for the educational purpose of the readers. It does not qualify as any type of advice or recommendation to Buy/Sell securities. The author and the blog are not responsible for the reader’s decisions based on the above report and news within.

The Changing trends in the new decade!

Pune gets Bus routes on Google Maps and it rocks!

India Is The IPO Capital Of The World; $3.9 Billion Raised Via IPOs In 1st 6 Months…

SEBI Diktat For Listed Firms: Inform Us First, Then On Social Media