Do celebrities really help a brand?

The straight answer would be –  yes they will. Otherwise companies will not spend that much amount on the stars day in and day out. Bollywood and cricket the 2 biggest things in India occupy most of the ad slots. The rest is filled by the models and some theme based ads.

FMCG firm Henkel has signed up Sonali Bendre as it brand advertisement. Sonali will soon be seen in Henkel ads. Good 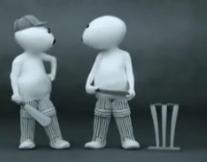 for gorgeous Sonali. To me yet another celebrity endorsement.

“We are happy to sign up Bendre as the new face for Brand Pril. We believe she epitomises the values of Pril and we are confident of the success of this relationship,” Henkel India Limited Managing Director Jayant Singh said. (Business Line)

This made me think, why would a brand spend so much money on celebrities. If we take 10 ads in a 3 hour span of a movie or an IPL match, only 1 will stand out. If we take out the Vodafone ZooZoo’s, even that will be difficult. Most of them are celebrity (bollywood or cricket) ads. Most of the celebrity ads suck. The one which did not suck is the Irfan Khan’s Vodafone and Hutch ads.

Some ads have a very catchy punchlines but the visual representation falls short. Good example is the sprite ad of seedhi baat no bakwas. It is not done in a straight forward manner – the one with Shah Rukh. It is actually working against Sprite as the Knight Riders team is not frightening the opposition but becoming the butt of jokes. Sprite should stop airing that ad.

Watching TV becomes boring these days because of the Citi moment’s of success and DLF maximum’s. It is becoming abundantly clear that we cannot get away from advertisements. So, why not make our Coca Cola moments more Zinga Lala without any bakhwas.

This is where the Vodafone ZooZoo ads come as a breather. Vodafone’s new ads are done by Oligvly & Mather (O&M) India team. The ads were shot with a budget of 3 crores in South Africa. The characters in the ads are real people (slim-built women) and not animated. If the ads were animated it would cost a bomb and would have been ready for IPL 2010.

These ads has set a new standard in Indian ad industry and are challenging the paradigm of “Sex and Shah Rukh sell in India”. Because they used to, not anymore. Compare the 3 Crore budget with what Saifeena charge?

What would you like to watch? A celebrity filled advertisement or an advertisement which tries to tell a story?
The best Indian ads I have seen so of late which do not include any celebrities :

The reason why E-Commerce does not grow in India !

Govt May Ban Celebrities For Misleading Advertisements; Imprisonment Also A…

Govt. Introduces New Rule For its Print Ads; Certification Must For 45,000+…