The list that features 15 top-paid young CEOs ranks Narayen at 5th and D’Souza at the 15th position. In terms of age, D’Souza is the youngest of the 15 CEOs at 39. 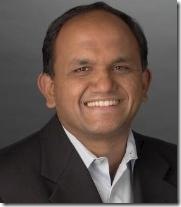 The top spot is taken by Pakistiani origin Nabeel Gareeb, who is the CEO of chip-maker MEMC Electronic Materials (Interestingly, Gareeb in hindi means Poor – what a Oxymoron :). He takes home annual pay package of 79.6 million dollars (roughly 315 crore rupees) !

Shaadi.com -The most visited matrimonial site in the world…really?