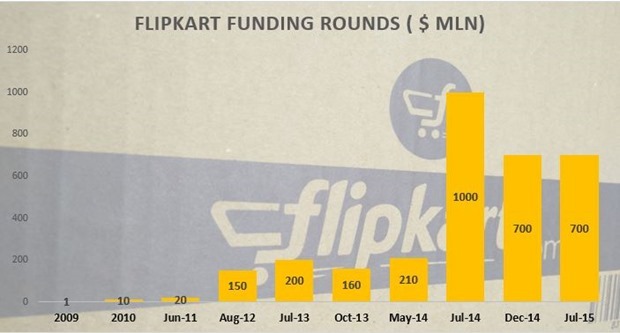 The investors who participated in this round includes Steadview Capital, who had led Flipkart’s previous round. This round of funding is definitely a shot in the arm for Flipkart to take Amazon head on, who have not only beaten them in traffic numbers, but have also earmarked humongous $5 billion investment in Indian market.

At a valuation of 96,000 crore, Flipkart is now amongst the top 25 most valuable companies in India. Just to give you an idea, here is valuation of some of the biggest businesses in India.

Like we all know that while the valuations of most ecommerce companies is quite high, they have still not made any profits, infact have been registering huge losses year after year. But eCommerce companies (rather the VCs) are betting on future. Time will tell, whether such huge bets pay off or not!

Awesome! All Govt Websites To Be Differently-Abled Friendly