Flipkart To Launch Its Own Branded Smartphones: 3 Reasons Which Justify It

As per reports coming in from various sources, it has been revealed that Flipkart will soon launch their own branded smartphones, which would be exclusively sold on their ecommerce portal.

This would be for the first time that a pure ecommerce portal, without any physical retail outlet, is going to launch its own branded gadgets!

It seems that Flipkart had plans to launch their own smartphones since last two years, as they were already negotiating with three chipset vendors namely: Intel, MediaTek and Qualcomm. Now, they have finalized one of these three vendors, and the announcement will soon be made regarding the specifications and features of their new branded smartphones. 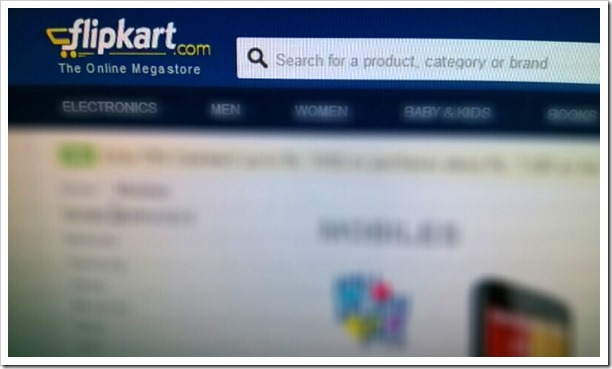 The greatest advantage which ecommerce portals such as Flipkart have is consumer data and behavior patterns, which can be milked optimally with some smart product choices. They know exactly which customers wish for which type of gadgets, and accordingly they can create their own customized products, and hit the right target with the right product. This along with their lean supply chain and their own in-house logistics make them the perfect contender for providing gadgets directly to the end-user.

Let us see what must have inspired Flipkart to take this decision:

Croma sells it’s own branded smartphones, as they too have direct access to consumers and their needs; and their sales have been pretty impressive.

Last Diwali, Flipkart was able to sell more electronic gadgets compared to Croma, which is a physical retail chain. This demonstrates the value addition ecommerce portals bring along which is the perfect recipe for a product’s success.

Going by this comparison, this is for sure that Flipkart branded smartphones would be able to make some dent in the Indian smartphone market.

Flipkart is aware that 44 million or 4.4 crore smartphones were sold in India last year, which is a three times increase compared to 2012. Micromax, an Indian company was able to sell 16% of all smartphones, which must have encouraged Flipkart to try their luck as well. M

Micromax has beautifully leveraged Chinese manufacturing advantage to it’s own branding, as they have become 2nd biggest Indian brand in smartphones within 5 years. The key was to maintain a healthy profit ratio and delivering their promise, which they did.

Such is the market potential that even ex-Apple CEO is going to launch his own branded smartphone in India.

Last month, Moto G was launched exclusively on Flipkart, and the demand surprised even Flipkart. Within minutes all the inventory was sold out, and customers had to be disappointed as they waited for the placing their orders.

Such huge demand for a smartphone, exclusively being sold on a platform has never been witnessed before. This must have prompted Flipkart and encouraged them to launch their own branded smartphone on their own platform. As they already have lots of data regarding the consumers, it’s a matter of time before they surpass their targets.

What are your views on Flipkart’s own branded smartphones? Will they click with Indian consumers? Do share your views by commenting right here!