There are many firsts in this general assembly elections; here is yet another one. Election Commission of India has allowed candidates to file their candidature affidavits online for Assembly Polls.

These affidavits are files as part of nomination to contest for a Parliamentary or an Assembly seat. 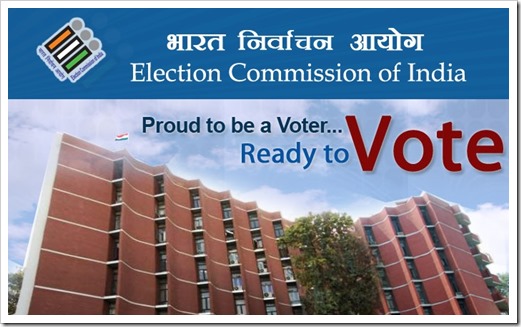 These affidavits include candidates personal information, including details of their total assets, properties and accounts. It also includes demographic information like name of their spouses, dependents, educational qualifications and criminal records, if any.

However, e-filing of affidavit has not be made mandatory, the candidate has the choice to do it online or offline. A senior official said in this regards, “The e-filing facility, however, will be optional for candidates this time. We have seen a number of tech-savvy candidates entering the poll fray and, hence, the Election Commission of India has introduced it as a test case. If it succeeds, its scope would be enlarged”

Once the candidates files his affidavit online, they will also need to provide attested hard copies.  The Returning officer also has to display full hard copies of the affidavit on the officer’s notice board for dissemination of information to others.

Here are some other Technology First’s For this Election

There are quite a few changes that we have seen due to emergence of mobile and Internet in India. Here are few of them…

1) Use Of Social Media for Political Campaigning: The effect of Social media platforms like Twitter and Facebook has to be seen to be believed. If Social Media was not present, I am sure AAP would not have met with the same success as they did in Delhi Elections. You can read more here

2) Use of Internet to Answer Voter Questions: Modi’s Chai pe Charcha Campaign or Facebook Talks Live with leading Politicians are all examples of how technology has enabled ordinary citizens to easily interact with politicians.

3) Online Voter Registrations: To woe first time voters, Election Commission offered many avenues where voters could register themselves online. They had even forged a partnership with Google, which was later retracted citing security reason.

4) Voting Machines: While EVMs have been used in the previous elections, this is the first time that whopping 1.2 million EVMs will be used.

Can you think of any other technology first’s for this #Elections2014?