OMG! Is the purity of English language getting diluted thanks to the seeping internet terminologies? Well, there certainly is a school of thought where purists view the inclusion of the slang internet interjections in the linguistic inventory as overwhelming the influence of internet on our lives and computer lingo.

In its 3rd edition, the Oxford English Dictionary (OED) had inducted 2000 new words in the official lexicon such as tweet-up, de-friend, chillax and paywall amongst others, looking at the way the contemporary world of internet, short social media jargons and mobile text messaging has changed the way the lexical units have been used by the newer generation. 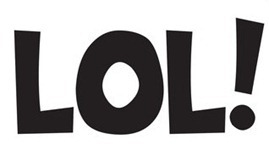 This time around a group of new additions in the OED are once again centered on noteworthy electronic communications and internet chat initialisms such as:

The OED defines LOL as an interjection used “originally and chiefly in the language of electronic communications: ‘ha ha!’; used to draw attention to a joke or humorous statement, or to express amusement.”

Initialisms like LOL and OMG are part of online lingo since a long time, with widespread popularity among the youngsters who are addicted to internet, especially online chatting. On the flip side, the anti-LOL communities on the Facebook poses the argument against the official induction of internet slang in the ‘Bible of Lexicons,’ saying that though LOL means ‘laughing out loud’, it is not always that the slang resembles a person’s act of burst into laughter and, thus, conveying a wrong and deceptive feeling.

Lastly, the online edition of OED has also included the very first graphical entry in the history of the old fat dictionary – the ‘heart’ <3. Readers looking for the word ‘heart’ will find the symbol listed as a verb meaning ‘to love’.

Do you second the entry of internet lingo in the OED?