Need an idea for a startup in Bangalore? Dig a borewell, rent or buy 4 water tankers and you are in business. You might want to lease 4 more tankers in summer. It might not be the exact startup idea you are looking for or not even the most glamorous one. But it sure is profitable.

‘I know what people say—water’s a lot like air. Do you charge for air? ‘Course not; you shouldn’t charge for 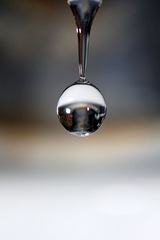 Pickens a billionaire, bought subsurface water rights in Texas. His company has bought the rights of 200,000 acres in a Texas county for $75 million. The ROI on the investment Pickens is expecting is a staggering $1 bn. If Pickens is worried about water in the US with 300 million population, how worried should India be with 1.2 billion population?

80% – 94% of available water is used for agriculture. The world running out of oil is not helping it. There is a new shift from fossil fuels to alternate fuels. One of which is biofuel -burning corn to fuel the car. This shift made people looking out for arable lands and the agriculture has increased. Agriculture is largely driven by water.

The rise of India and China is one more factor compounding the water crisis. Indian middle class is 300 million strong and could be a whole another country like the United States. This middle class is not the same class you and I grew up in. This new rich are demanding new tastes which again is driving the consumption. Needless to say this has driven up the need to irrigate more and hence use more water.

If you are not sure about your policy making then follow the Chinese. Because India and China has the same number of people has the same kind of expertise and competing for the same resources. 94% of available water is used for agriculture. India has 9.56% of surface area covered with water. China has just 2.8%.

China now controls 1,700km of the Yarlung Zangbo river, the Tibetan part of the Brahmaputra and has already completed feasibility studies for a major hydropower dam at the Tsongpo gorge (Mint)

If China has its way then it will dry out India sooner than you think. On India’s part it needs to better manage its resources. There are lot of NGO’s which are helping the cause. Like the initiatives launched by Naandi Foundation, Winrock International and Coca-Cola foundation, which plans to provide safe drinking water to rural areas through “Multiple User Water Services” through natural resources management techniques.

Another such initiative is Rohini Nilekani’s Arghyam which aims to provide access to clean water for all citizens. This is done by supporting sustainable projects in the water sector. Or one can take a completely different approach and produce water out of thin air – literally. Technology developed by AirWater Corp is producing water from the moisture in the air and supplying it to the village of Jalamudi, Andhra Pradesh. A solution for both climate change and contamination.

While these efforts are good these alone are not enough. There should be government intervention, just like the state of Gujarat. It has made the rural areas more arable through consistent and persistent efforts of rainwater harvesting, 135,000 check dams and 130,000 farm ponds. A sandbag initiative was also taken up to stop soil erosion.Â  The ground water levels have risen substantially over the period of 10 years. Such large scale efforts need government intervention.

The reason people fight for wars has started with land then shifted to oil and it could finally lead to water – if not properly managed.

PS : Whenever you use it, use water carefully as every drop counts.

In India it is not called broadband yet. It’s narrow band.