Harley was granted permission to import bikes in 2007. But, importing a bike like the Honda Civic Hybrid is too expensive for the company and ultimately to the consumers. The import duty is 60% on the bikes. 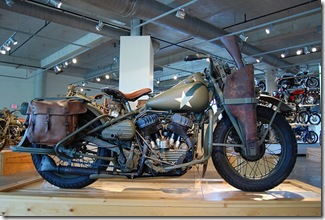 The reason Harley’s bikes were not allowed by Shipping, Road and Highways ministry is the lack of emission norms for bigger bikes. India do not have for engine capacity exceeding 500cc. These norms were relaxed later for mangoes – literally.

In 2007 there was an agreement to export mangoes from India and import Harley Davidson bikes from the US. But I did not hear anything more on that. The reason given by the Indian bureaucrat to cut down on the import is – rich people will ride the bike so let them pay it. I agree. But, should it be so high that even the rich people shy away from buying it? In that case you don’t get anything leave alone the 60%.

Harley Davidson is a Milwaukee based motor cycle manufacturer.It is facing a tough time in its home market and is looking to expand overseas for quite some time. It got a boost last week when Warren Buffet bought $300 million in debt.

FIPB will meet on Feb 20 to decide upon the future. Given the economy, I don’t see a reason to not bring these bikes to boost the local economy. Given the US market, if rich Indians can buy some bikes that would help both the countries. Unless of course we don’t go into a “Buy Indian” rhetoric like the US did. (source)

The rise and fall of Subhiksha