IRCTC Partners With FoodPanda To Deliver Food To Train Passengers 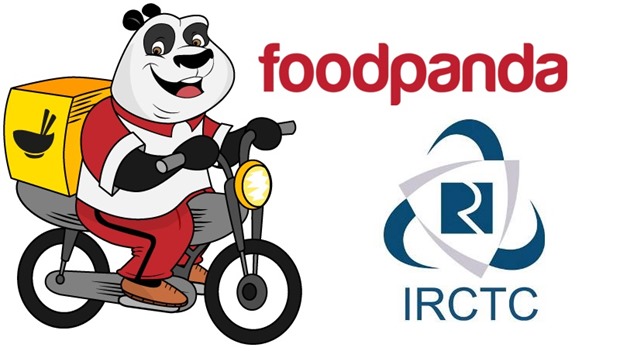 Indian Railway Catering and Tourism Corporation (IRCTC) has tied up with India’s leading online food ordering and delivery service FoodPanda.  Now, train passengers can order their meals from favourite restaurants via FoodPanda and get them delivered at train stations.

The pilot for this service has been launched at New Delhi Railway Station and will soon be extended to other cities including Mumbai, Bangalore, Pune and Chennai

Those who wish to place food order through FoodPanda app will need to so 2 hours in advance – while placing order, the customers will need to give various details including their train details, timing and seat number so FoodPanda delivery boys can deliver the food when the the train arrives at the station.

The partnership is surely a big positive for FoodPanda as well as train travellers. For FoodPanda, they will get advantage of their platform being opened up to millions of train travelers, which can help them scale their business aggressively. Also, for train travelers, they will now have wide variety of food available on train, literally from every major restaurant in the city. Not to mention benefit of all the discounts that Foodpanda offers on their app.

Over last few months, IRCTC is trying to bring about a change in the way food is served to train passengers. Just a few days back, Indian Railways announced that they will be gradually phasing out Pantry cars from all the trains and will consciously push for eCatering and Takeaways. A senior Railway official had said, “This is a long-time plan of the Indian Railways. The idea is to introduce e-catering at all stations and reduce dependency on private caterers who are in charge of pantry cars.”

This Is The Longest Bus Journey In India Covering 2000 Kms; This App Has Enabled 32…

Now You Can Book An OLA Cab Through IRCTC App & Website!