Among the documents found among Osama Bin Laden’s belongings in Abbottabad, Pakistan the US authorities had found an elaborate plan. It was not a plan to blow up prominent structures or to assassinate prominent leaders.

Interestingly it was a marketing plan to rebrand the ‘Al – Qaida’ in order to keep it more meaningful in the current world. I am not sure about the context for this move and whether this was developed by Bin Laden himself or a professional marketer. But the concept of rebranding is not a new one.

According to Forbes magazine the KGB, the Soviet secret service, had gone through many rebranding exercises from its inception in 1918 to its current name FSB.

But what is rebranding and why do companies and people engage in this exercise?

First and foremost, rebranding is an extension of the marketing strategy and comes from a need for the entity to reposition itself. The idea is not new and has been around for centuries.

In ancient Greece, Philip the King of Macedonia and father of Alexander the Great, rebranded himself as the ‘Hegemon General’ of Greece. He was really trying to reposition himself as a ruler of Greece but to avoid antagonizing states like Athens and Thebes, he took this unique title. Similarly Rome many times tried to rebrand itself from the ‘Republic’ to the ‘Caesars’ and finally as a Christian state. Charlemagne in 800 AD rebranded the Diet of Cologne as the Holy Roman Empire.

In modern corporate history there have been many instances of rebranding and this is primarily due to dynamic market conditions.

The four prominent reasons for rebranding

Let us look at these reasons closely.

Differentiation from competing and substitute brands

The primary reason for rebranding is to differentiate from the competition. Many companies of late have been running rebranding campaigns. A prominent example from India is the Vodafone campaign & Airtel Campaign.

In the mid 2000’s Vodafone featured a Pug. "Wherever you go, our network follows’ was the mantra as a differentiator to poor network support on roaming that many subscribers in India were facing at that time. Later Vodafone brought in Zoo Zoo replacing the pug. Overall the strategy was to have a brand that was distinct from others and Zoo Zoo was a great way to do that. Zoo Zoo helped showcase all the new features to customers –the Super Hero Zoo Zoo showcased 3G and the sporty Zoo Zoo for sports updates.

Other telecom service providers have relied on star endorsements to get the brand noticed – Shah Rukh Khan, the Kapoor Sisters, Madhavan and Vidya Balan for Airtel, Abhishek Bachchan for Idea, Tamil Actor Surya for Aircel .

To remove a negative connotation to existing brand

To remove negative connotations has been the second most popular reason for rebranding. The best example I can think of is McDonalds. Heavily criticised for promoting obesity in kids and teenagers, McDonalds was under siege.

To add to their worries a documentary called ‘Super Size Me’ showed how food from McDonalds resulted in an unhealthy lifestyle. McDonalds swung into action by declaring its commitment to healthier food and launching a new line of Salads and fat free milk shakes.

It also launched premium coffee in order to sell itself to more up-market customers. Just by changing its product offering McDonalds was able to rebrand itself in the minds of its prospects.

Recently Old Spice launched a new social media campaign to rebrand using the selling experience. Considering that Old Spice is associated with our fathers and their fathers, using social media to connect with the younger generation was a brave gamble but the results are encouraging so far.

Old spice campaign on You Tube

To Keep track of market realities

Keeping track of market realities is the third reason for rebranding a good example is the current Hero campaign in which Hero- Honda has been renamed as Hero motors after the split between Hero Group and Honda motors.

The theme song composed by A R Rahman shows how we can bring out the hero in us in various disciplines of life. Many celebrities have also rebranded themselves over the years. My vote goes to Madonna who goes through this metamorphosis before every new album. 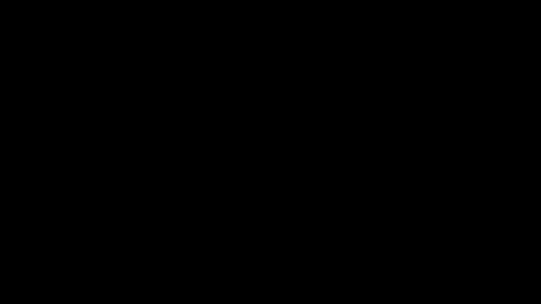 Under unusual circumstances that necessitate rebranding, one can think of AIG. After it filed for bankruptcy and received federal stimulus money, it renamed one of its subsidiaries as Sagepoint Financial.

Rebranding can involve change in logo, name, business, product portfolio, market strategy, theme song, colors, and tag line and so on. The important thing is that rebranding should involve a genuine effort from the company to improve on the parameters being rebranded. Otherwise it will just be the case of old wine in a new bottle.