Micromax makes Android Debut with A60 !

In a bloggers meet arranged in the capital, Micromax has launched its much awaited A60. It joins the ranks of the recently launched Android phones, LG Optimus One and Motorola Charm. Other than the global majors like Samsung, LG, Acer and Dell, home-grown companies like Videocon and Spice have already launched their Android powered phones. Micromax is a little late to the Android party but given the features and the price of A60, it is much awaited. 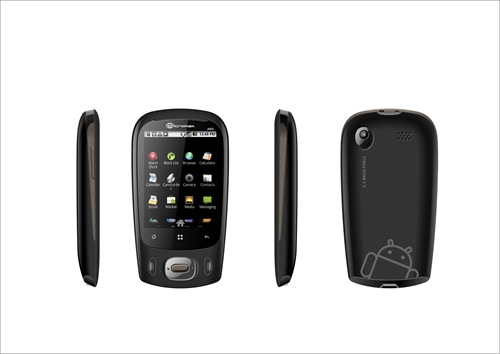 The price will be around Rs. 8000 which puts it directly in the cheapest Androids category. The only cheaper phone than A60 is Acer beTouch which costs Rs.7000 on FutureBazaar. Samsung Galaxy 5 costs Rs. 8869 on Flipkart. A60 has price to its advantage.

The talk time on A60 is a let down but is comparable to other touch screen phones. A60 provides a 4 hour talk time and a 10 hours standby time. A60 is powered by 3.2 megapixel camera with auto-focus. It has video player, audio player, video recording and video streaming capabilities. It has accelerometer and gravity sensor. There is no mention of FM radio in the spec sheet.

A60 is a 3G phone which has upload speed of 5.76 Mbps and download speed of 7.2 Mbps. It is Wi-Fi enabled and has GPS capabilities. There is no mention of Bluetooth.

As per some A60 might be a dual SIM phone. If true, A60 will be the first dual SIM touch screen Android phone in India. Intex has launched a dual SIM phone which also works as a projector. Spice has launched two models in the 3G Dual SIM category. If true, A60 will support our hypothesis of Dual SIM (3G+2G) category exploding in the near future. Dual SIM category has helped Micromax catapult into the big league. Would a similar thing happen in smartphone category too?

FM Radio and Bluetooth are the clear missing elements on A60. Resistive touch screen could be a downside to the phone, but I will reserve my comments for the full hands-on review.

A60 is  a good 3G touch screen phone which is  targeted at the right price segment. There are ads already flying on the TV which means Micromax is wasting no time in promoting this phone. Expect to see more of Micromax and A60.

Article reproduced from TGF Blog. Follow TGF for a hands-on review of the phone in the coming weeks.

38 Comments
Leave A Reply
Cancel Reply
Stay With Us