With more than 12 different verticals from real estate to retail to defence, Mahindra has been there done that in almost every field. But at its core even today lies the automotive sector. By core I don’t really mean their success is defined only by this sector. But instead it’s seen one of their ‘best’ R & D spending over the years in developing new models. Mahindra was founded on the premise of building utility vehicles.

And today, Mahindra seems to have taken one of their biggest steps in building themselves as a global brand. They have acquired a 70% controlling stake in SsangYong, the South Korean auto maker for US $ 463 million. 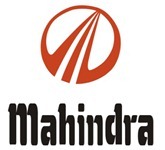 So what is SsangYong?

SsangYong Motor Company was a part of the SsangYong Group, a multibillion dollar conglomerate in South Korea. The group was broken apart because of the problems during the South East Asian Crisis of 1997.

SsangYong Motor Company initially became a part of Daewoo in 1998 and is now controlled by the Shanghai Automotive Industry Corporation (SAIC). The group’s product portfolio comprises of a luxury sedan, four sport utility vehicles and a multipurpose vehicle.

What does Mahindra gain from this stake?

M & M will be able to strongly utilise the strong R & D capabilities of SsangYong. The fact that they have not been very good since 2003 in developing new models because of poor management is a problem. The fact that Mahindra is planning to launch 3-5 models in the next couple of years shows that they mean BUSINESS! They aim to improve on this by improving the entire management of the organization.

One of the biggest gains for them would be the 98 countries strong dealer network of SsangYong which would help them to market M & M as well as SsangYong models in an amazing manner. SsangYong also has an edge in premium segment vehicles and this could help Mahindra to expand its profile into this particular segment.

Mahindra therefore aims to combine its strength in sourcing and marketing with SsangYong’s strong capabilities in technology.

Mahindra has been performing fantastically over the last couple of quarters which has increased its liquid assets massively. Therefore it would be easily able to fund the acquisition with its internal accruals.

Even SsangYong has been making operating profits since the beginning of 2010 and has even decreased costs as well as its workforce.

This sentence in Business Standard seemed really interesting to me!

The labour union of SYMC, M&M and SYMC have also signed a tripartite agreement with provisions for employment protection, long-term investment and a commitment for no labour disputes.

Now all companies think of doing this right? Going by M & M’s reputation, I am sure they would follow this with all fairness.

One step by M & M – Another giant leap for Indian Industry!

Bloodbath In Mahindra As 300 Senior, Junior Executives Fired Over Loss In Business