There can never be another Yahoo or AOL or Rediff. Its just not conceivable for anyone to start from scratch and build traffic that these portals have acquired over the years. A good friend recently estimated upwards of 200 crores to be the amount needed to achieve the scale that Rediff.com has today if one were to start as a standalone venture. And most of it will have to spent on product finesse – forget the ad spends that would be required to create awareness. 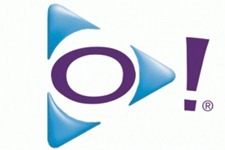 Even in.com has not been able to reach the depth in the minds of the internet audience despite the 360 degree influence of Network18’s television channels.

Sure there will be Facebook’s and Twitter and Foursquare’ s that will dominate mind-space of the attention deficient blackberry boys and iPhone junkies. And the connected world might end up being in your back pocket via an app.

The value of the portals that have been around for the last ten odd years will never diminish. All other access points on the devices and the social media will just become the vehicles for the content on these portals to be consumed or discovered.

The problem here is then what happens to the carefully built up traffic of so many years. A survey done by AC Nielsen exactly a year ago (report here) says that while people still use portals and search engines for information, social media is increasingly becoming dominant.

It is clear then that anyone starting afresh will not just have to scale the traffic mountain and then create enough value for the consumer to adopt the content as their own.

The ‘my space is more valuable than your space’ phenomenon will come to play and increasingly more and more users would prefer to have a sort of a Facebook style page where things of interest come to them instead of going to twenty different places. Remember that when you click on a link shared by your friend on Facebook or twitter, you are sent to that page. In apps where content gets pulled from the repositories the same I assume would apply (please correct me if I am wrong).

The focus will have to move away from the homepage to specific interest areas that are likely to be adopted by consumers. This makes Rediff.com’s home page style have greater sense because I assume the grand man of Indian internet realizes that direct to homepage traffic will reduce over period in time and hence internal sub home pages are more likely to have greater value and hence be more valuable to advertisers.

I am sure sometime in the near future, we might have a Facebook OS powering a netbook which boots direct to FB using the interface as an window to what people who influence me are telling me. The only drawback is that I might miss out on the stuff that is not so popular, not top of mind. Then what do I do? Go back to the portal?

It is similar to going to the first 15% of a book shop; you will find all the stuff that everyone reads. But if your interest lies in Sufi poetry or screenplays, you will have to spend quality time trawling across the book store or even go to the gallis in fort seeking nirvana. To echo an old coffee ad for filter coffee – real pleasure cannot come in an instant.

The next 3 years will be the time for consolidation. No new yahoos will be born but the old ones will evolve, merge, be mashed up and exist as destinations and also as little niches in our hand held devices.

The dynamics of advertising itself will then have to change and the ecosystem will have to factor in a consumer who is far more evolved that the consumer of the last decade.

Sunil R Nair is the founder and ex-CEO of Nautanki.tv. He is considered to be an expert on online and mobile videos networks in India. He has returned to blogging after a hiatus of a couple of years and plans to focus on ideas and current affairs in Technology and startups.